MANY A DIEHARD HILLWALKER unfamiliar with Northumberland’s coastline would no doubt take one glance at the relevant OS Landrangers and observing a conspicuous lack of contours dismiss it outright. On the whole, low-level, contour-less shorelines aren’t my first choice for coastal walking, preferring, as I do, higher cliffs with a reasonable degree of exertion involved. But Northumberland’s coast – a designated AONB – is an exception. Duly renowned for its magnificent long sandy beaches and impressive castles, it has its own unique character and quality, quite distinct from other parts of the British coastline. 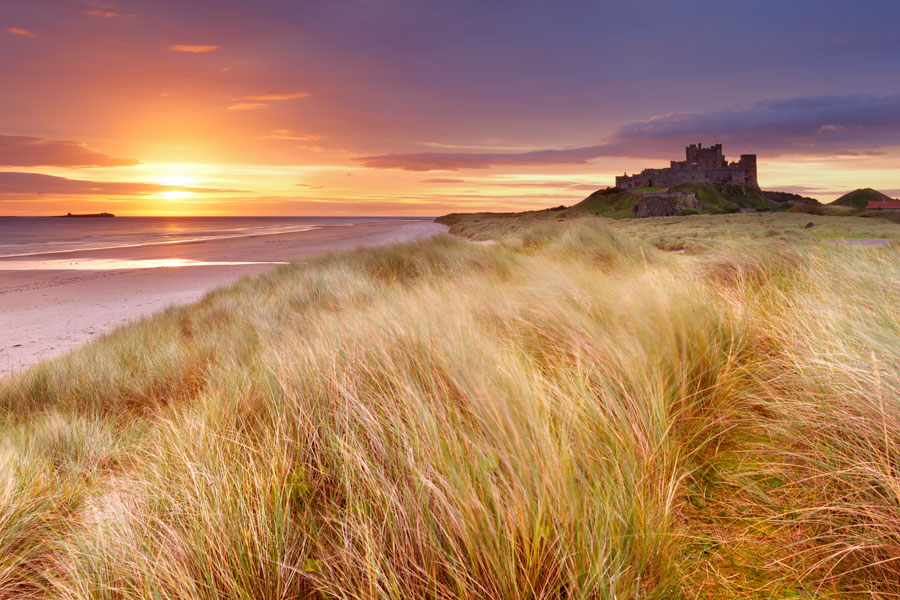 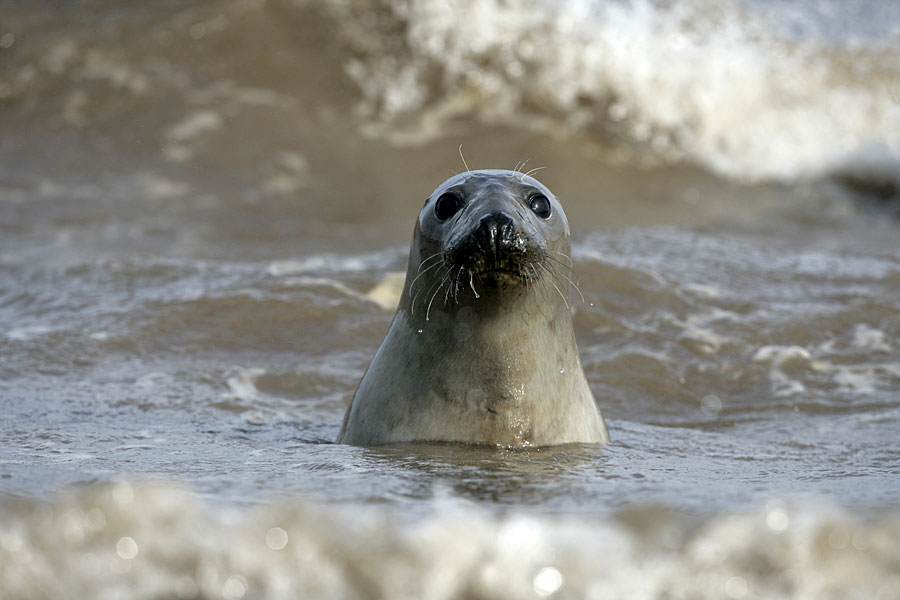 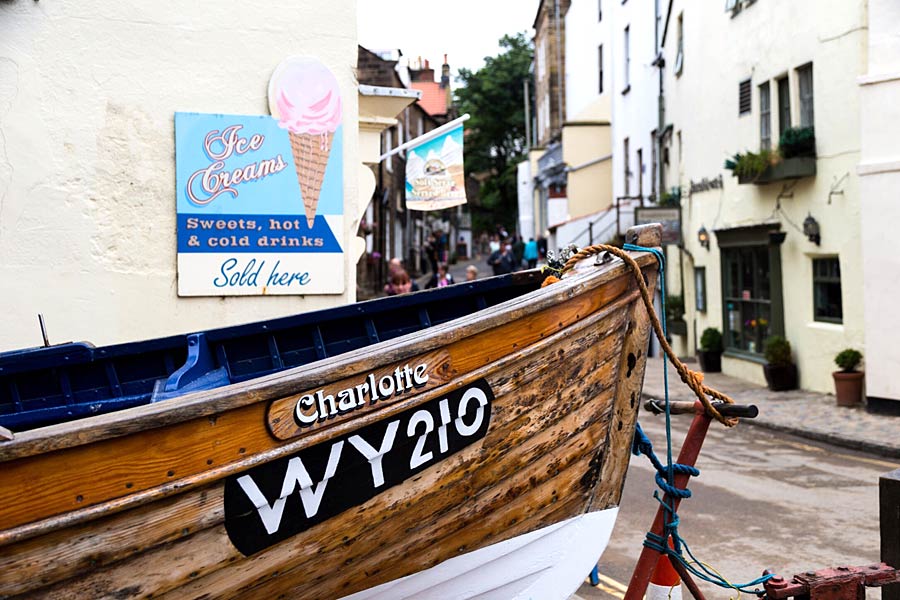 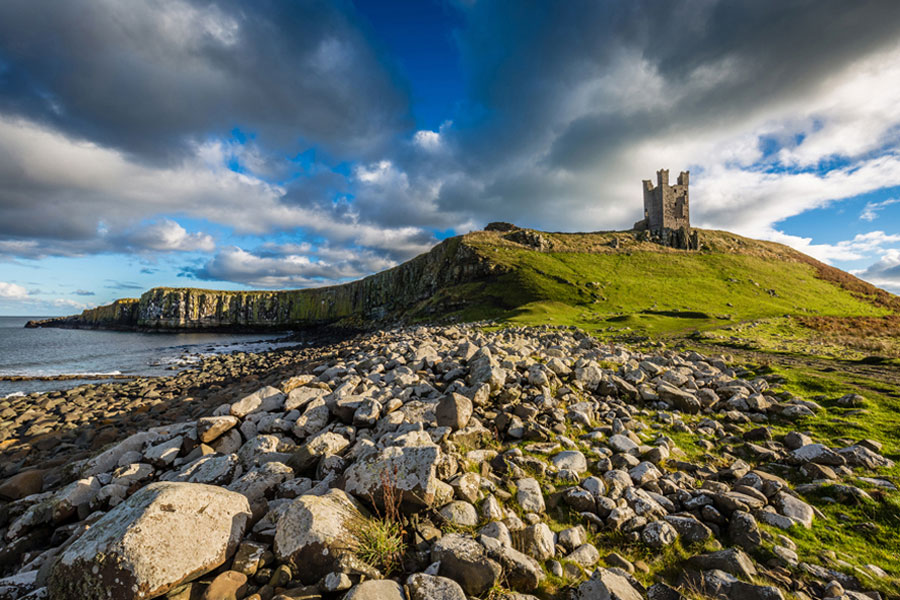 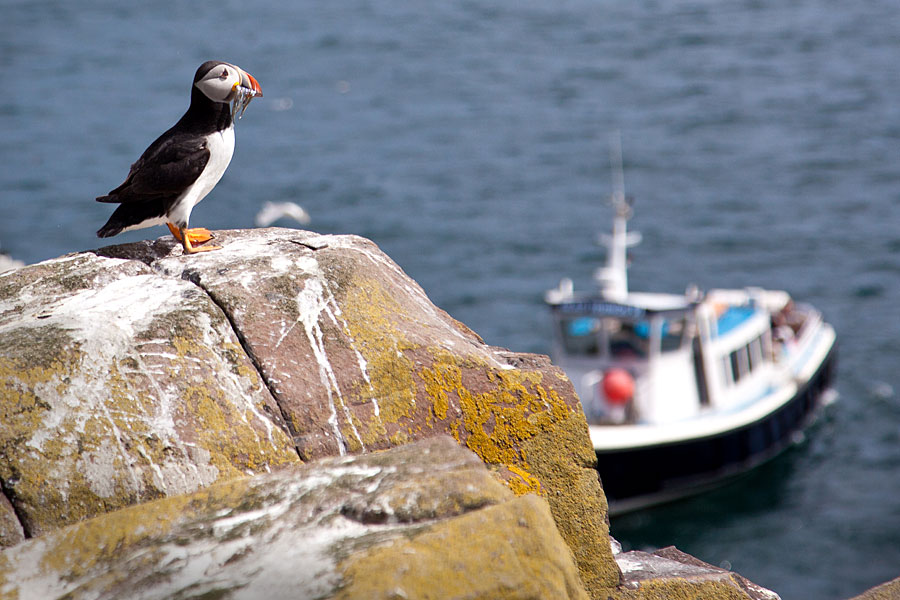 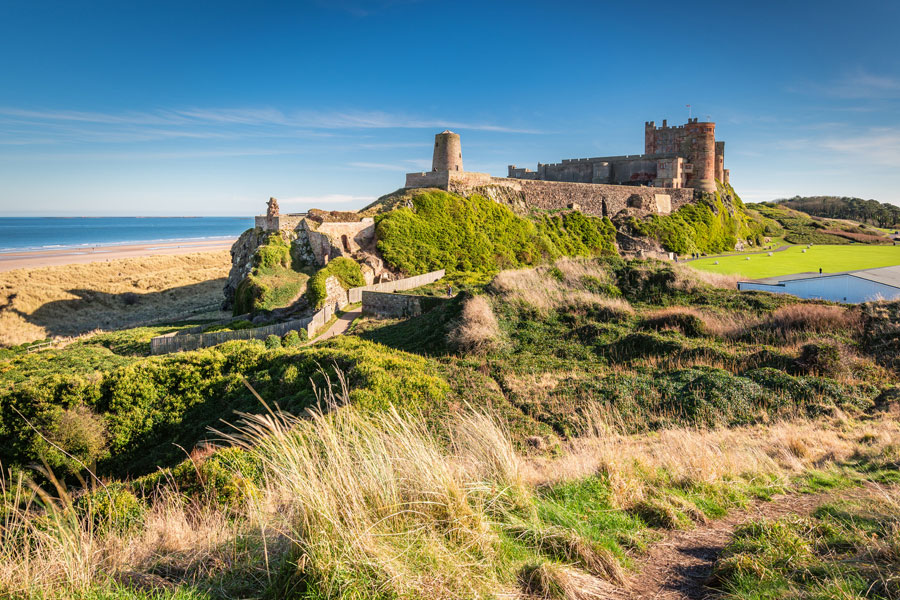 Stretching legs along the beach on the evening of my arrival what was most striking in this world of sand, sea and sky was the sense of spaciousness. Having been mostly enveloped in low Cumbrian cloud for the past week, with visibility at times reduced to but a few yards, it felt rather as I imagine it would do for a short-sighted person suddenly to regain their long-distance vision.

Built on a rocky outcrop above the village and overlooking the beach, Bamburgh Castle is an imposing spectacle and one of Northumberland’s most iconic sights.

The Northumberland Coast Path, now part of the England Coast Path, runs for 103 km/64 miles from Cresswell in the south to Berwick-upon-Tweed in the north. I’ve walked much of it before, and did so again this time, aided by the coastal bus services. Budle Bay to Craster – a favourite section – was reserved for my last day.

Based in Bamburgh, I planned on a morning bus to Budle Bay, and one back from Craster at the end. But the heavens opened that night and with the deluge not expected to stop until lunchtime, I decided to postpone the start and set off from Bamburgh instead. The RNLI’s Grace Darling Museum is a worth a visit if you have time to kill.

Built on a rocky outcrop above the village and overlooking the beach, Bamburgh Castle is an imposing spectacle and one of Northumberland’s most iconic sights. It’s a fine walk along the beach from here to Seahouses, the offshore views dominated by the Farne Islands, famous for their seabird colonies and grey seals. Heading on south past Beadnell and its Bay – the first of several attractive wide sweeping bays – footwear was removed in readiness for fording the Long Nanny stream, only to be re-donned on being faced with a deep, fast-flowing river (beware the tides!) A footbridge inland is the answer at such times.

The sun broke through the clouds just in time as I approached the ruins of Dunstanburgh Castle – ever a photogenic sight. Having duly caught the last bus from Craster and with a little light still left I decided to stay on it as far as Budle Bay, whence, beneath darkening skies, I walked those last few missing miles back to Bamburgh.

This article first appeared in The Great Outdoors (TGO) magazine in April 2010, and is re-published here with the author’s permission. Copyright © Fiona Barltrop 2010. All rights reserved.