Fiona Barltrop walks a fascinating stretch of the Suffolk coast

EAST ANGLIA IS UNLIKELY TO BE HIGH ON THE LIST OF HILLWALKING FANS’ destinations, but what it lacks in contours, parts of it, at least make up for in other respects. One such part is the coastal area of Suffolk, designated the Suffolk Coast and Heaths AONB, a low-lying landscape of great variety, combining shingle beaches, cliffs, marshes, estuaries, heathland, forests and farmland. If you’re a viewer of the BBC’s Springwatch you will know that it’s based at the RSPB’s Minsmere Nature Reserve in this part of Suffolk – well worth a visit, with some lovely walking nearby. 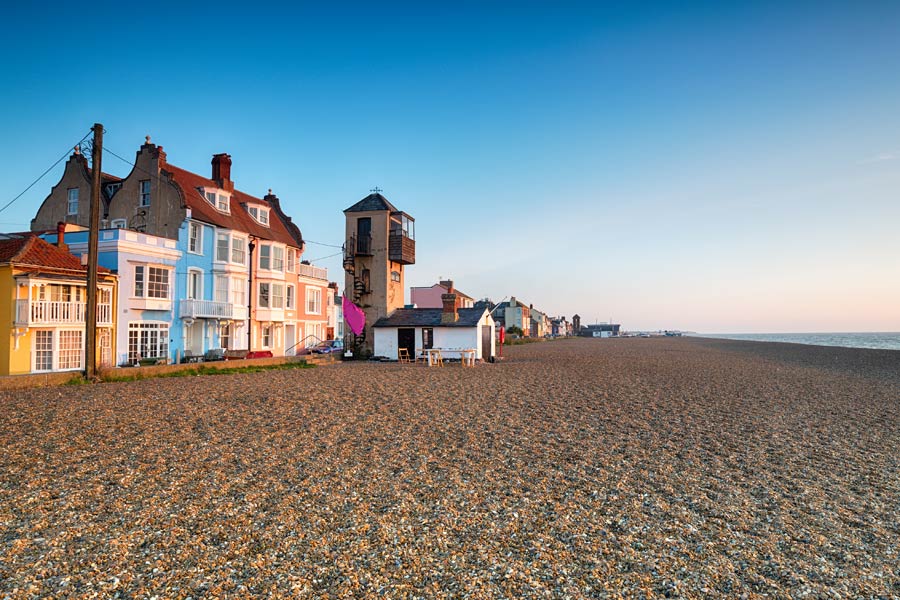 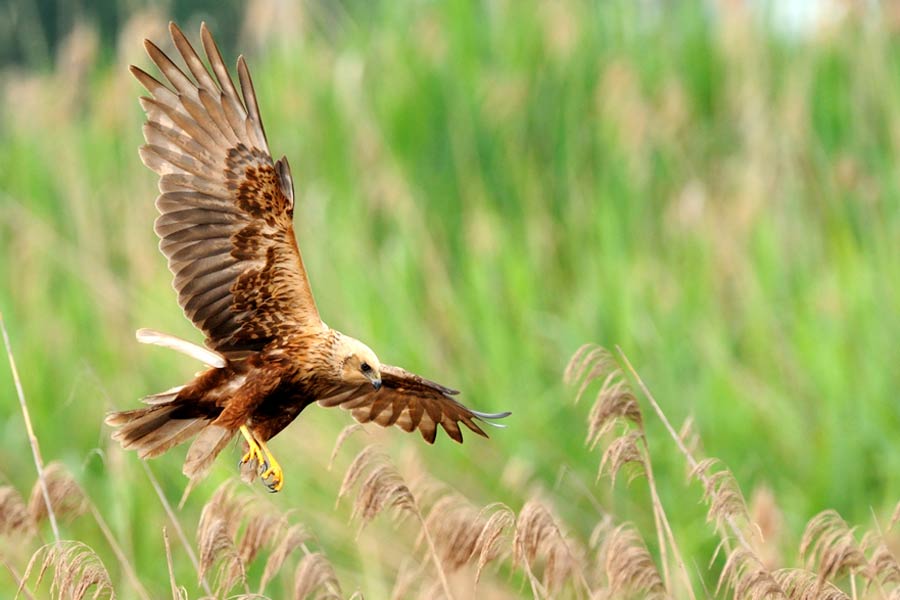 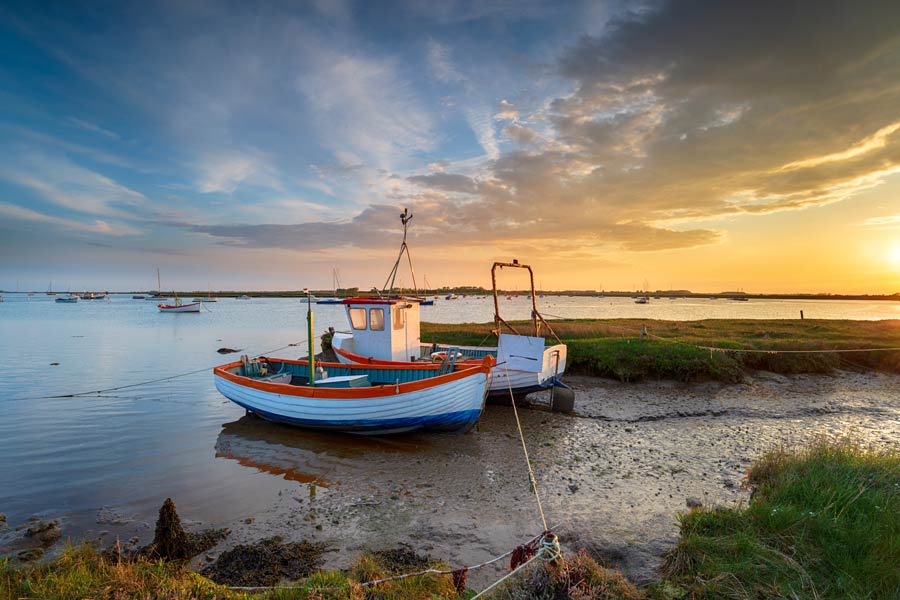 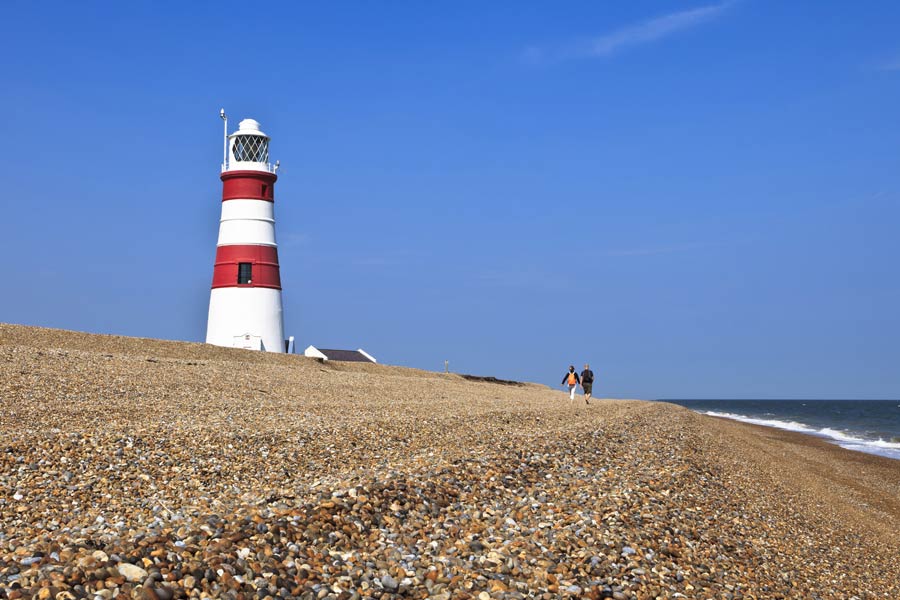 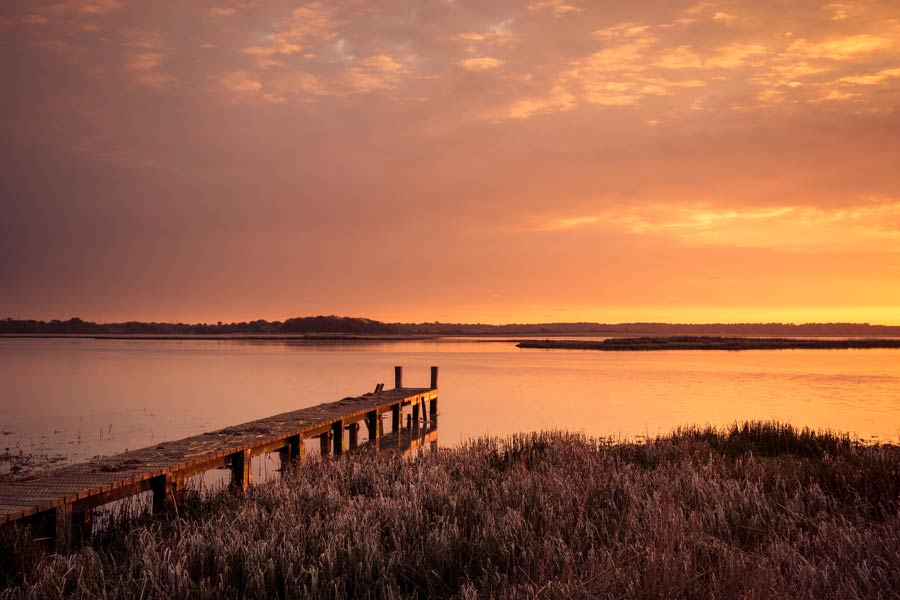 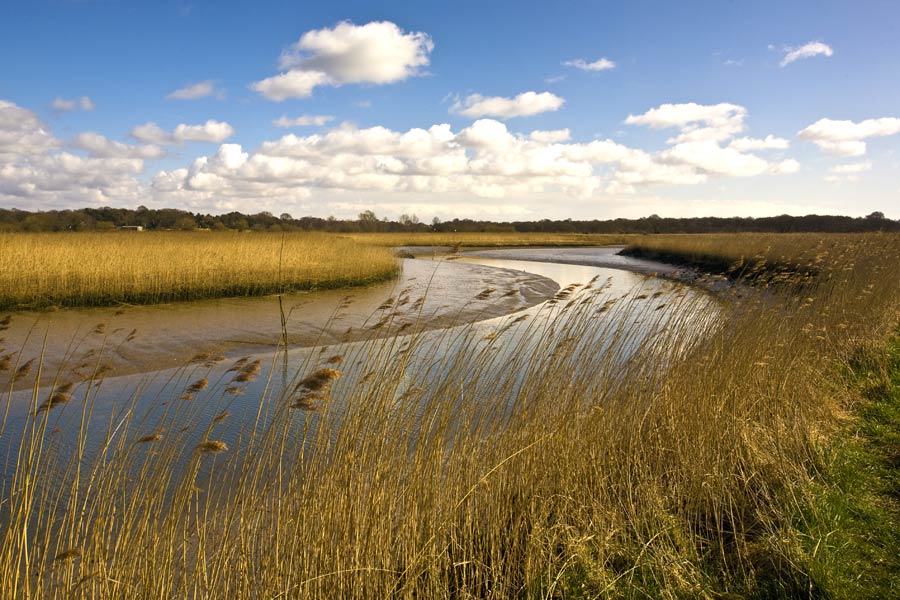 Having covered the countryside and coast around Minsmere and Dunwich on a previous visit, this time I wanted to explore further south, specifically the area around the Alde-Ore estuary. If you look at a map, you’ll see that the River Alde becomes the River Ore at Orford. The river once entered the sea near here, but its mouth is now some five miles south-west. Separating the Alde-Ore from the sea is Orford Ness, at 10 miles long Europe’s largest vegetated shingle spit, formed by waves through the process of long-shore drift. Now owned by the National Trust, it has a fascinating history, having been previously occupied by the Atomic Weapons Research Establishment and used to develop and test weapons during the Cold War.

My day’s circuit combined an outward leg to Orford alongside the Alde-Ore, returning via Chillesford and Tunstall Forest along the Suffolk Coast Path.

I was based at Iken in one of several tastefully converted barns there, with the River Alde literally at the bottom of the garden, and the head of the Alde estuary at Snape just over a mile away along a lovely riverside path. Indeed, the first half mile or so provided some of the most beguilingly beautiful vistas of any I have seen in this part of the world. Snape Maltings, for those who don’t know, is home to a renowned concert hall (as well as shops, galleries and restaurants), made internationally famous by Benjamin Britten, who lived and worked in nearby Aldeburgh. It’s worth a visit for the highly picturesque location alone.

Unless there’s a ferry or bridge, river estuaries can be problematic for coast path walkers (especially if you’re a friend of mine who is walking the English coastline the purist way, eschewing ferries and walking up and down and around every creek, inlet and estuary, crossing only if/when he reaches a bridge!) Thankfully the Suffolk Coast Path’s inland detour necessitated by the Alde-Ore doesn’t involve a lengthy traipse along tarmac, but instead provides an attractive walk mostly on footpaths over a variety of terrain.

My day’s circuit combined an outward leg to Orford alongside the Alde-Ore, returning via Chillesford and Tunstall Forest along the Suffolk Coast Path. (Though not shown on the OS map, there is waymarked on the ground an alternative Suffolk Coast Path route from Chillesford via Orford and the Butley ferry.) My first port of call was the old part-thatched atmospheric St Botolph’s Church, well worth the detour. After a short stretch along country lanes, I joined the embankment path of the River Alde and wandered along in the sunshine in a state of contentment for several miles, not meeting a soul until Orford. The masts, disused radio station and pagoda-like buildings on Orford Ness are a curious sight indeed.

I was enjoying the river walk too much to leave it at Orford (which I’d looked round before – and do recommend), so continued to the Butley ferry, then headed inland to join the Coast Path back to base. A most memorable and satisfying day’s walk.

Explore 3,000 miles of the English coast with our award-winning guidebooks. #EnglandCoastPath #NorthernEyeBooks

The ten walks featured in this guidebook highlight

The historic and picturesque fishing village of Bo

Have you ever been to Land's End in Cornwall? ⠀

Discover the stunning coast of Cornwall with our r

☃️🎄 Merry Christmas to all of our followers