IF YOU WANT TO BE SURE OF A QUALITY COASTAL WALK, any along National Trust owned land is a good bet. And the beautiful coastline between Ilfracombe and Croyde Bay – almost all of which is NT land – is no exception. Comprising a mixture of cliffs and coves, sand-dunes and headlands, it’s one of my top three favourite stretches along the North Devon coast and a walk I always try to save for a fine day when visiting the area. 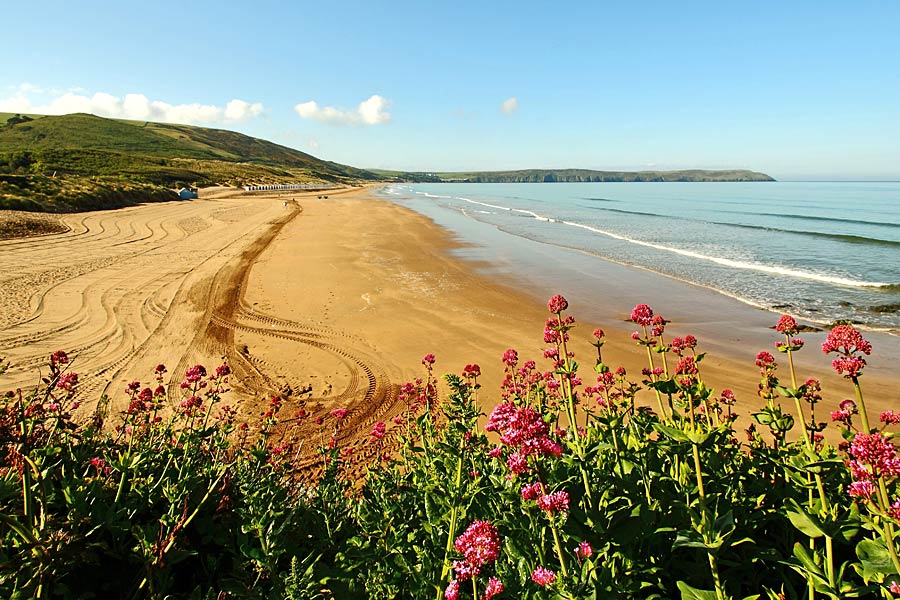 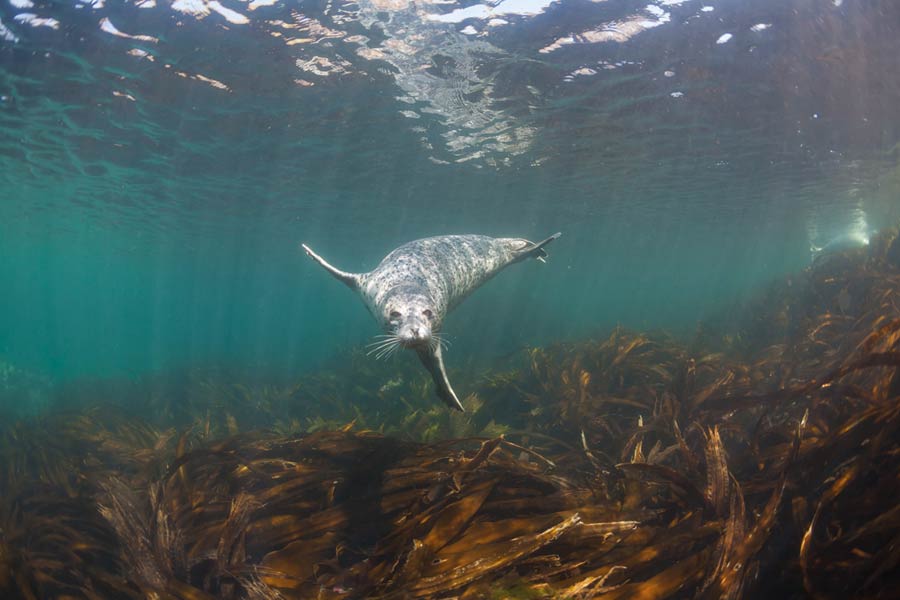 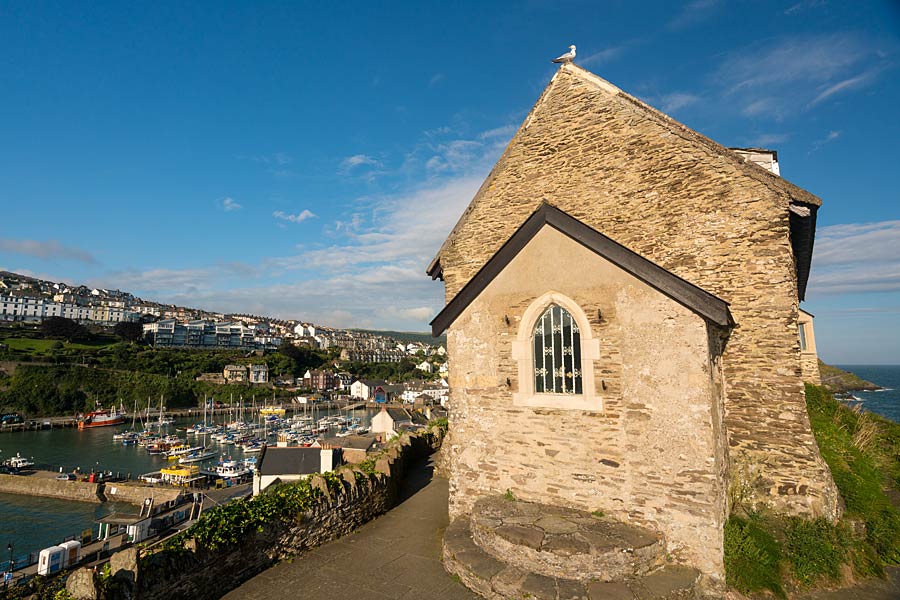 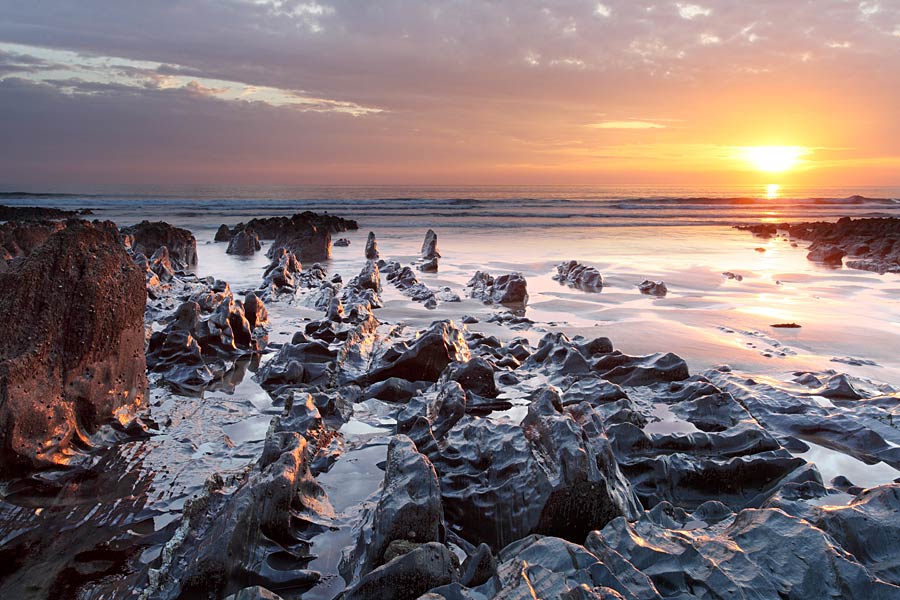 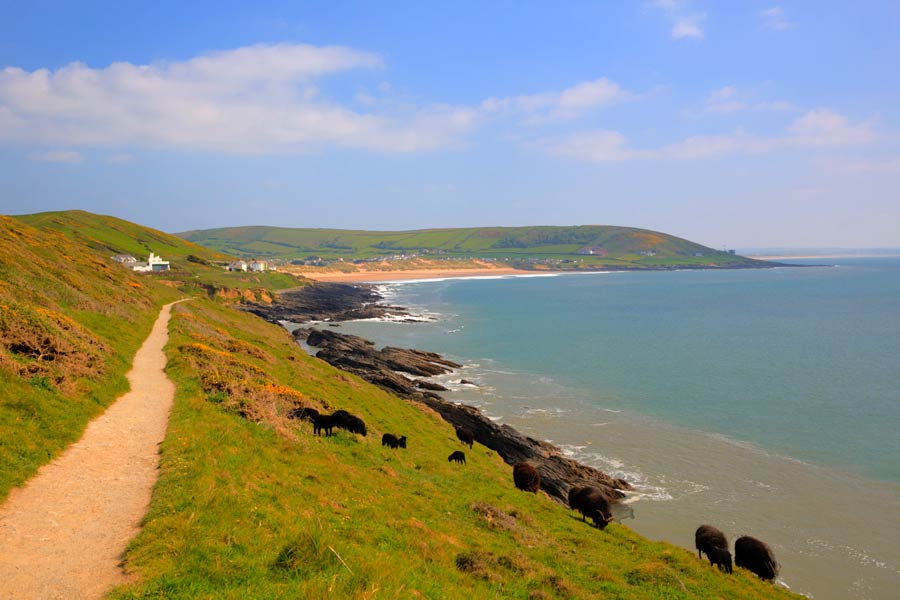 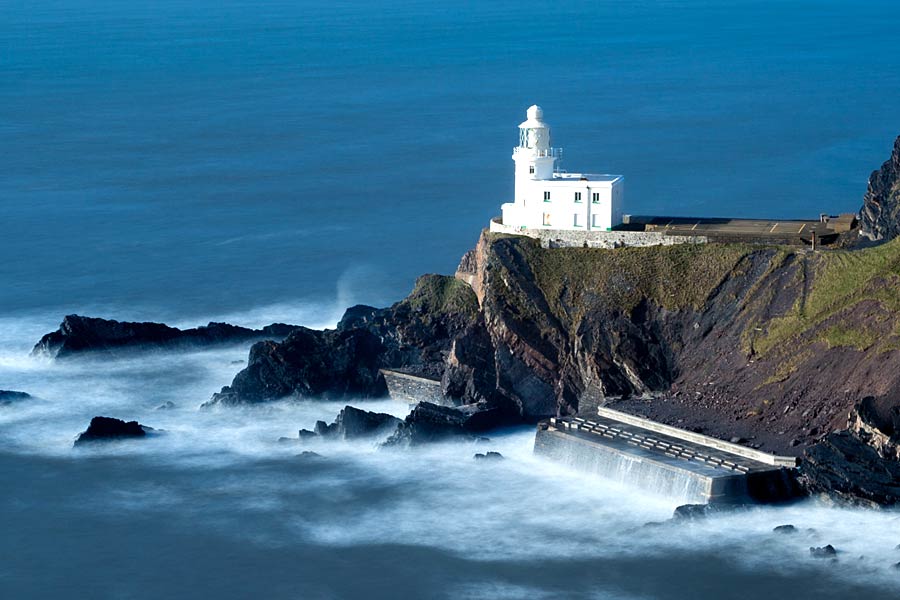 After several very foggy, wet ones when last there, the longed-for blue skies and sunshine appeared so I headed without delay for my usual parking spot at the NT Torrs car park. From here there’s a short link path past a lime kiln – unusually situated at such an elevated location; they’re normally found on beaches – to the Coast Path. Not far on, a viewpoint just off the main path provides fine views back over Ilfracombe and along the coast towards Lee, with Lundy visible on the distant horizon. The rugged, jagged looking cliffs along this north facing coast are mainly slate, but it’s easy walking along the grassy terrain.

Approaching Morte Point I heard the seals before I spotted them, their plaintive drawn-out calls attracting attention.

Down at rocky Lee Bay, the attractive village, which nestles in a sheltered, fuchsia-filled valley, seemed all but deserted on this off-season weekday. It’s quite a steep little climb out of the valley to where the Coast Path leaves the road to continue along a fairly strenuous but very scenic stretch of coast via the small headland of Bull Point and its lighthouse to Rockham Bay. I gazed down at the deserted beach and inviting looking (though no doubt all too chilly) sea, recalling my original South West Coast Path expedition many years earlier, when stopping at a lovely beach or cove somewhere or other en route for a swim each day had been one of the highlights of the walk. But then it had been summer – and a pretty good one for once!

Approaching Morte Point I heard the seals before I spotted them, their plaintive drawn-out calls attracting attention. Clearly enjoying the sun, several were swimming around in the sheltered inlet below, while others basked on the nearby rocks, well camouflaged against the pale grey Morte slates.

Offshore of Morte Point’s jagged slate ridge is the treacherous Morte Stone on which numerous ships have foundered. The character of the coastline changes abruptly at this point as you head towards the great beach at Woolacombe, used by the Americans to practise for the D-Day landings. Today it’s a surfer’s favourite and, whatever the time of year, can get quite busy, especially when the surf’s up. But if the tide is reasonably well out it’s a pleasurable stroll along the beach. (The public conveniences at the north end of the beach deserve special mention for their beautiful tiles, notably the fish frieze!) The final leg of the walk took me round Baggy Point to Croyde Bay, again very popular with surfers, and onto Saunton as darkness fell, the bus caught just in the nick of time…