Walking the England Coast Path on the North Cornwall coast

Walking the England Coast Path on the North Cornwall coast

‘THE EXPERIENCE OF A LIFETIME’ – OR WORDS TO THAT EFFECT – is how many a walker who has completed the South West Coast Path over the years has described it, some going as far as to claim it is ‘the best walk in the whole world’. Every spring and autumn, the admirable South West Coast Path Association dispatch a newsletter to members, the final section of which is a collection of reports by those who have recently completed the trail, invariably waxing lyrical about their experiences. Even if, like me, you’ve long been a devotee of the Coast Path, it’s always heart-warming to read others’ enthusiastic accounts. 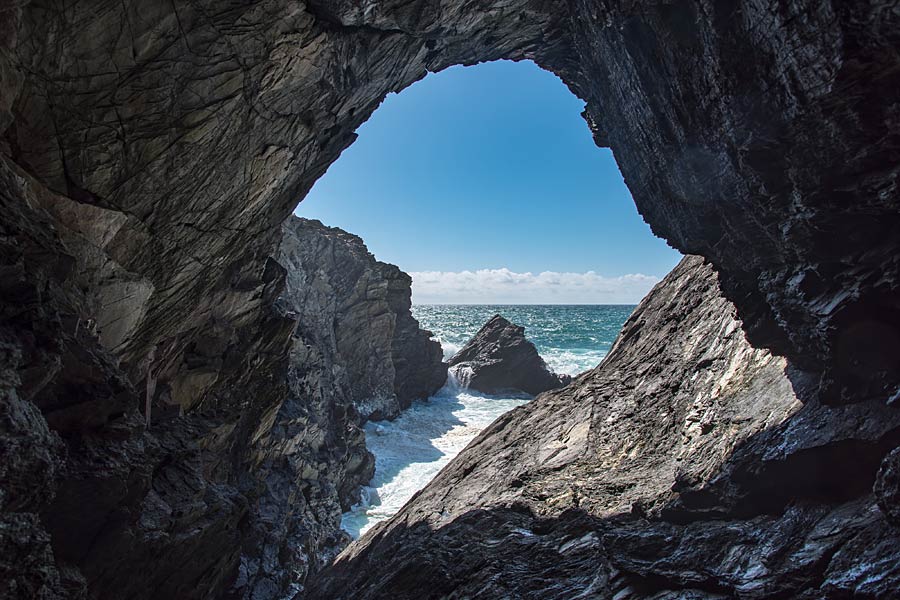 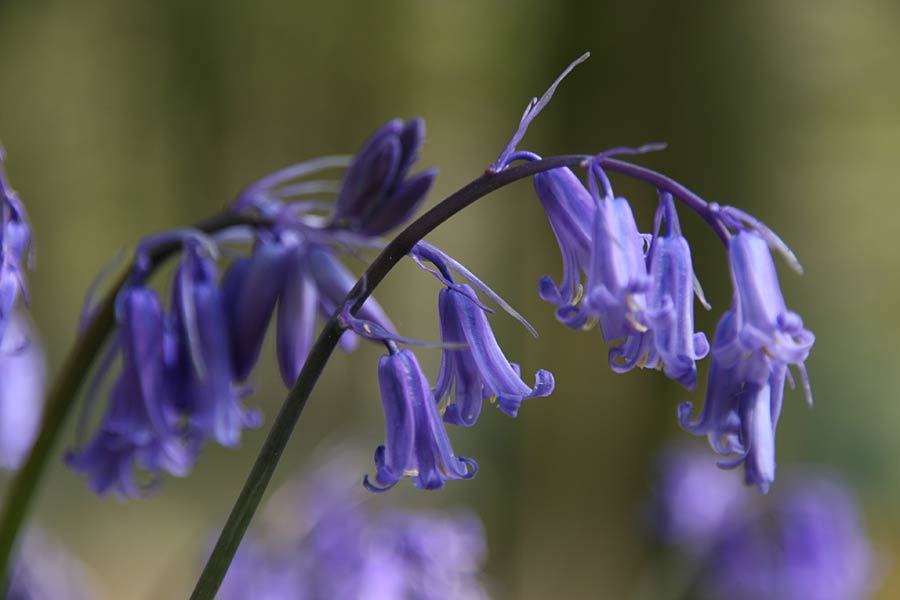 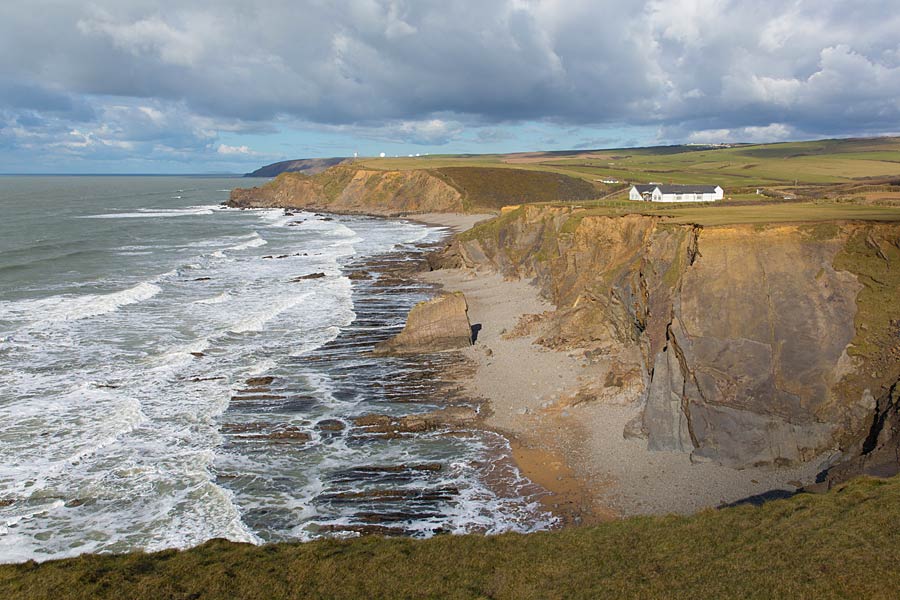 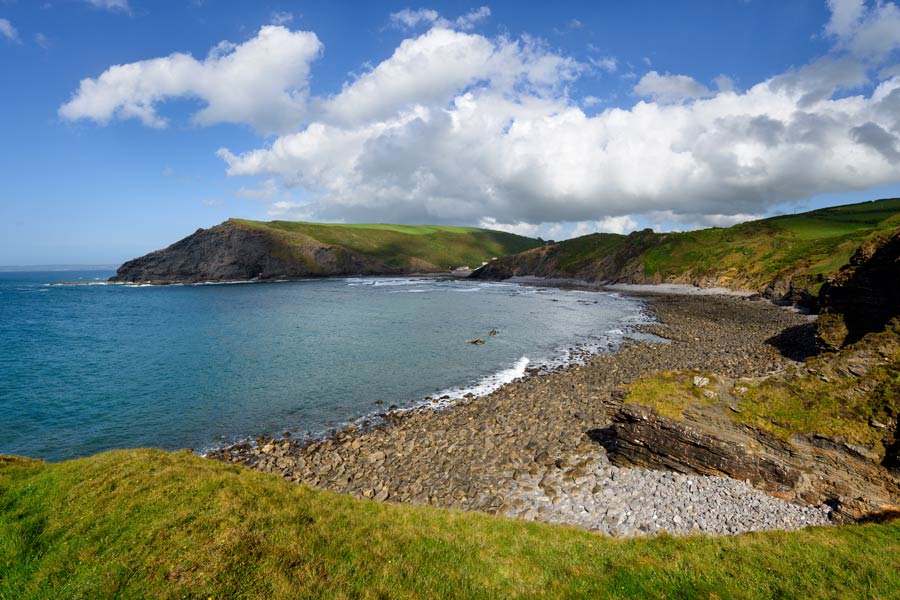 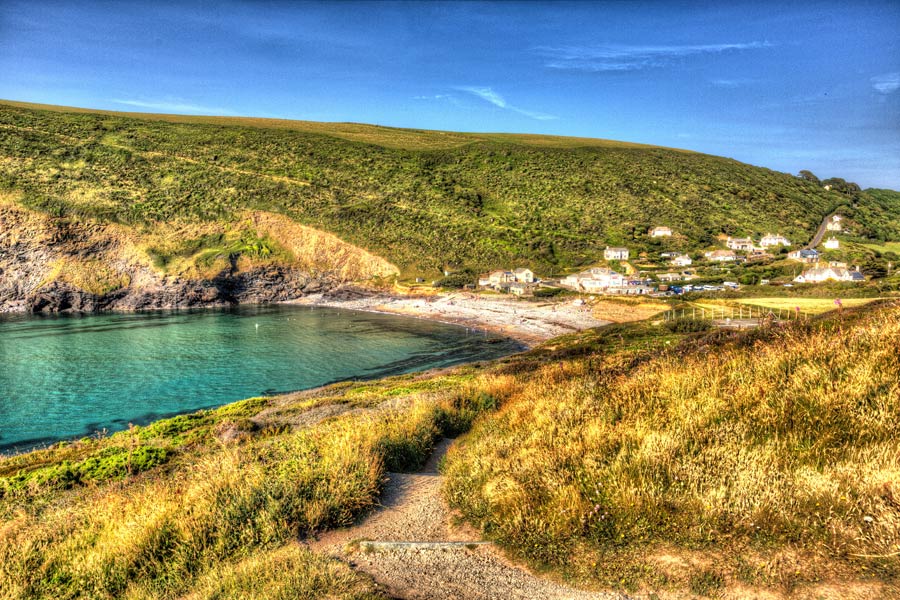 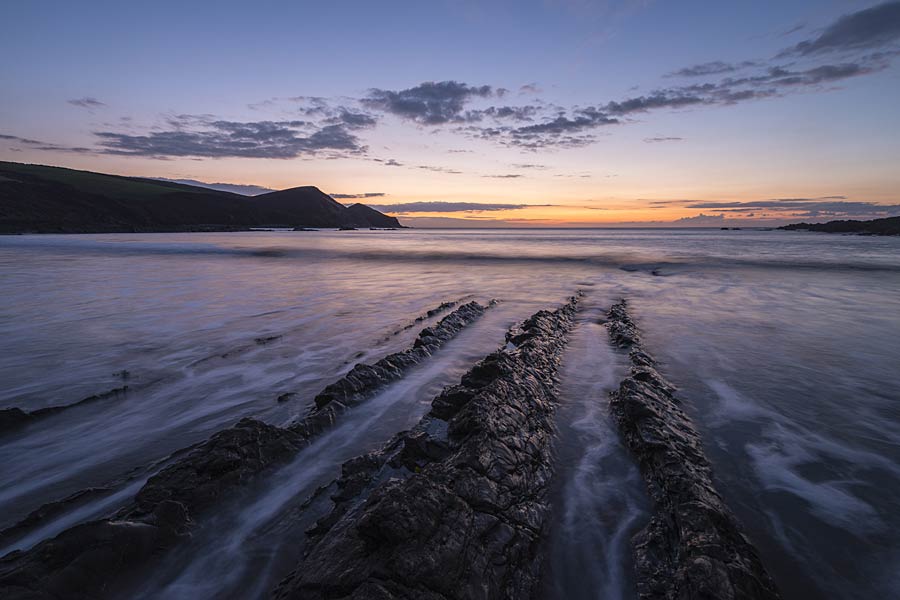 It’s two decades now since I first walked the 630 mile South West Coast Path: wondrous, balmy summer days when the sun – at least in gilded memory – seemed to shine for much of the time, enhancing the pleasure and exhilaration I was newly experiencing in walking this most beautiful and glorious of coastlines for the first time. Since then I’ve returned almost every year to spend time at different locations getting to know the Path better. No matter the weather – and I’ve walked it in every sort and every season – it never fails to revitalise and uplift one.

My favourite stretches are mostly those with the greatest ascent involved (no doubt reflecting the most impressive cliff scenery) – and this walk is no exception!

Of all the stretches, it’s the north and west coasts of Cornwall that have lured me back the most often, spring being a favourite time for the numerous wild flowers which festoon these rugged cliffs: sea pink, spring squill, kidney vetch, red and white campion, stitchwort, primroses, bluebells, three-corned leeks, foxgloves…..always a delightful spectacle. And the hedgerows along the country lanes, bedecked with flowers, too, are also a joy to behold.

Back once more for a spring visit, and based at Trewannett Farm’s ideally situated bungalow just up the road from Boscastle, it was but a hop, skip and jump down to the road to await the bus. No, not a bus stop, but the drivers are always happy to stop if it’s safe to do so. Forty minutes or so later and I was setting off from Bude to walk back along the Coast Path. One of the big plus points of the South West Coast Path Association’s Guide is the inclusion of figures of ascent for every section. They add up to an impressive 115,000 feet/35,024m for the whole Path, which is almost four times the height of Everest. My favourite stretches are mostly those with the greatest ascent involved (no doubt reflecting the most impressive cliff scenery) – and this walk is no exception! The Guide is also published annually so is always up-to-date: local volunteers around the coastline keep an eye on their patch and report any problems or changes.

The first few easy miles from Bude to the big, sandy beach at Widemouth Bay provide a good warm-up to the day, and though the Coast Path is closely paralleled by the road, it’s still enjoyable walking with some fine coastal scenery. The real exertion begins south of Widemouth Bay, the gradients deterring the casual walker who sticks to the foregoing section. The cliff scenery throughout this walk is spectacular, but of particular note is the remarkable chevron folded rock strata which you’ll see if you look back at the cliff on the north side of Millook Haven as you ascend the other side.

Beyond Millook I not only caught up with but overtook three small groups of fit-looking lads undergoing a Duke of Edinburgh’s Award practice expedition; admittedly, they were carrying rather heavier loads, but then I was probably thrice their age! I had the Coast Path to myself thereafter, encountering no other walkers – though Crackington Haven was busy with day-trippers, as it often is on a sunny day. Tucked between the impressive headlands of Pencannow Point to the north and Cambeak to the south, and with a couple of tea rooms and a pub on offer, it might be tempting to call it a day at Crackington Haven, but the best is yet to come….

I always relish the stretch from here to Boscastle, especially on a long fine evening, as it was this day. The ascent to High Cliff, the prosaically-named highest point on the coast path in Cornwall, is a fairly steady one, followed by a long descent and corresponding ascent to Rusey Cliff (which has an NT sign with its name, unlike – oddly – the unsigned former). The rugged terrain here feels a bit like mountain walking by the sea. Just past black Buckator cliff I could have turned inland for the most direct route back to my abode, but the sun had not yet set and I particularly love this stretch via Beeny Cliff and Pentargon to Boscastle….so I carried on. A wonderful walk, as ever, and another superb section to look forward to heading on south from Boscastle the next day….

This article first appeared in The Great Outdoors (TGO) magazine in September 2016, and is re-published here with the author’s permission. Copyright © Fiona Barltrop 2016. All rights reserved.