EVER SINCE COASTAL WALKING BECAME MY ABIDING PASSION– it is as if some inbuilt natural compass has pointed me, whenever possible, to the western shores of our land. So for years I ignored, if not disdained, the east coast, unaware that it could offer much in the way of reward for the walker. A first visit to Whitby and the discovery of The North Yorkshire and Cleveland Heritage Coast proved, as so often the case in life, how prejudice and ignorance can blinker. 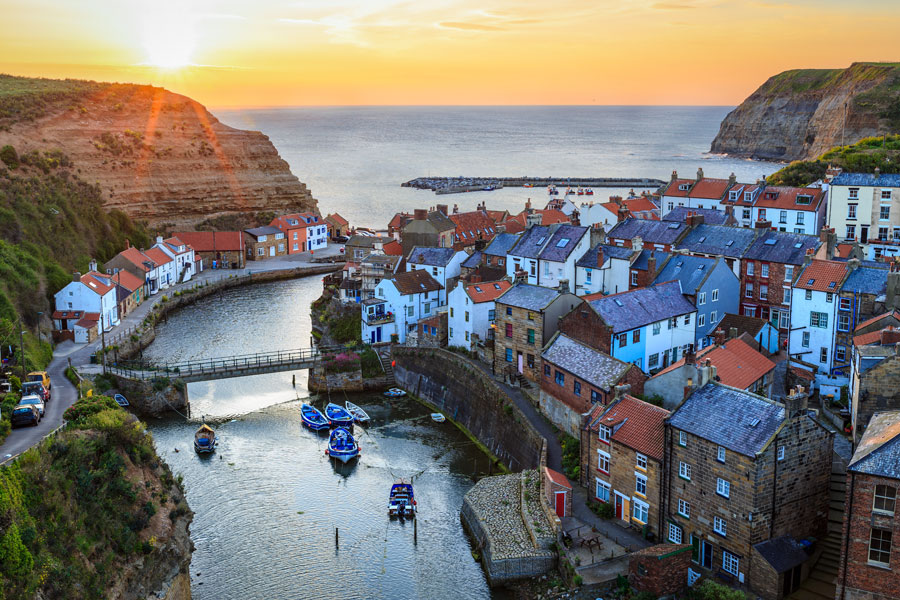 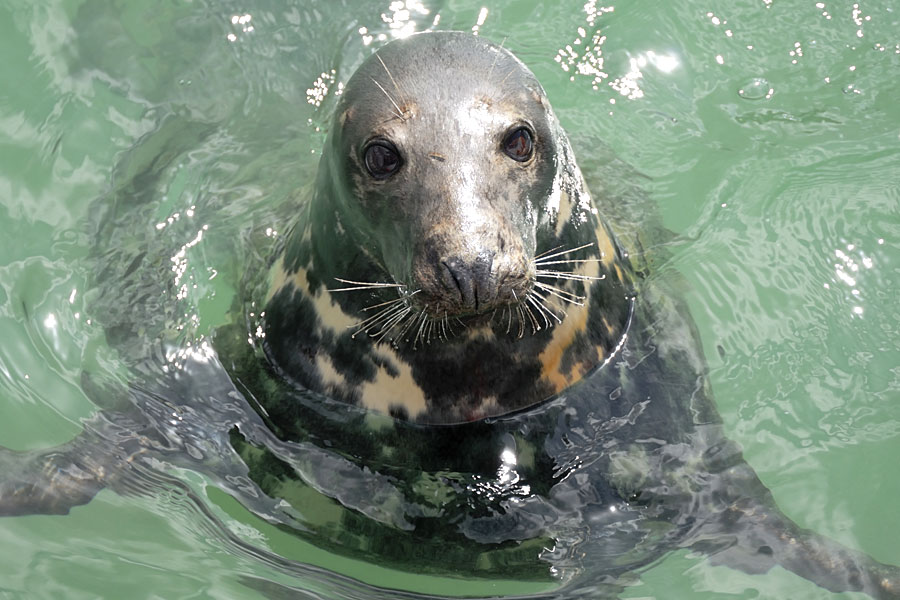 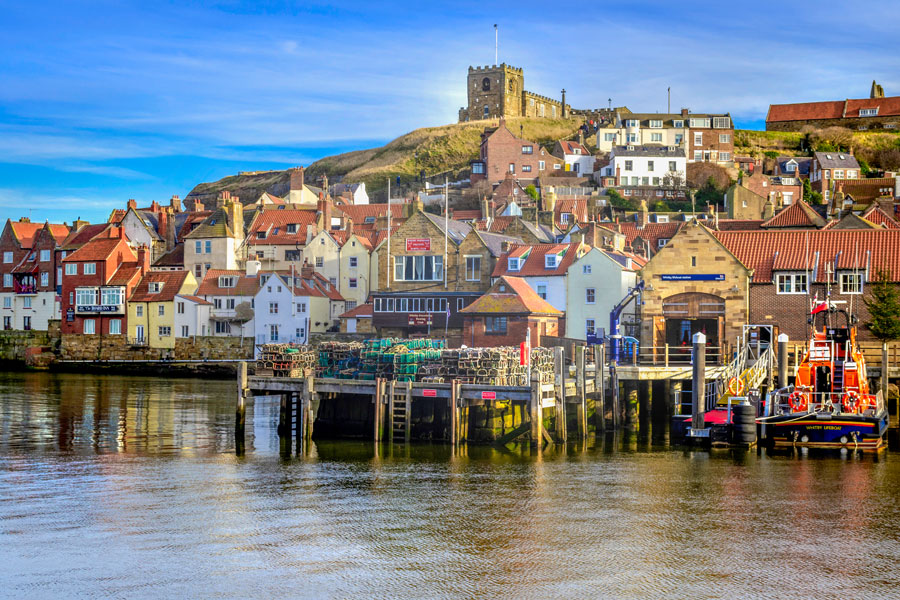 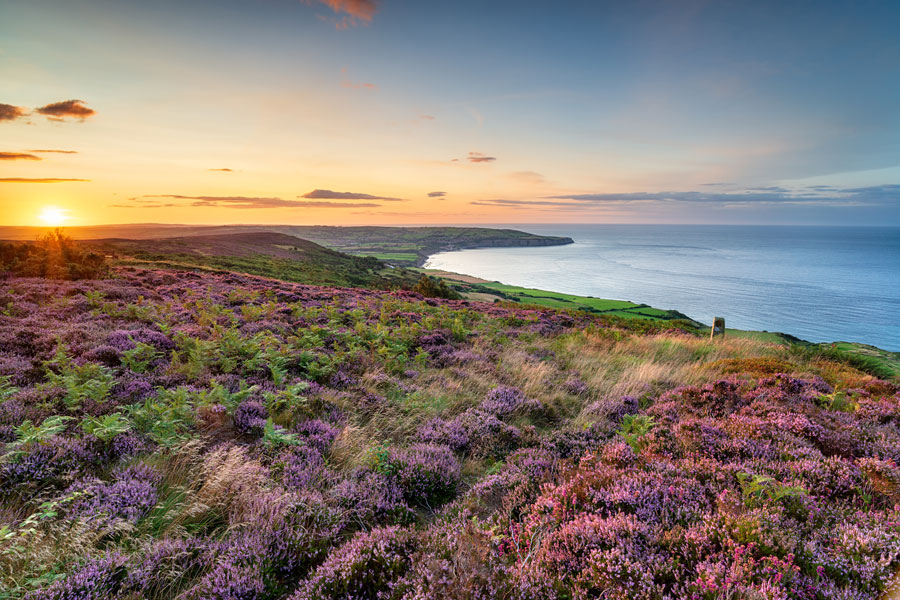 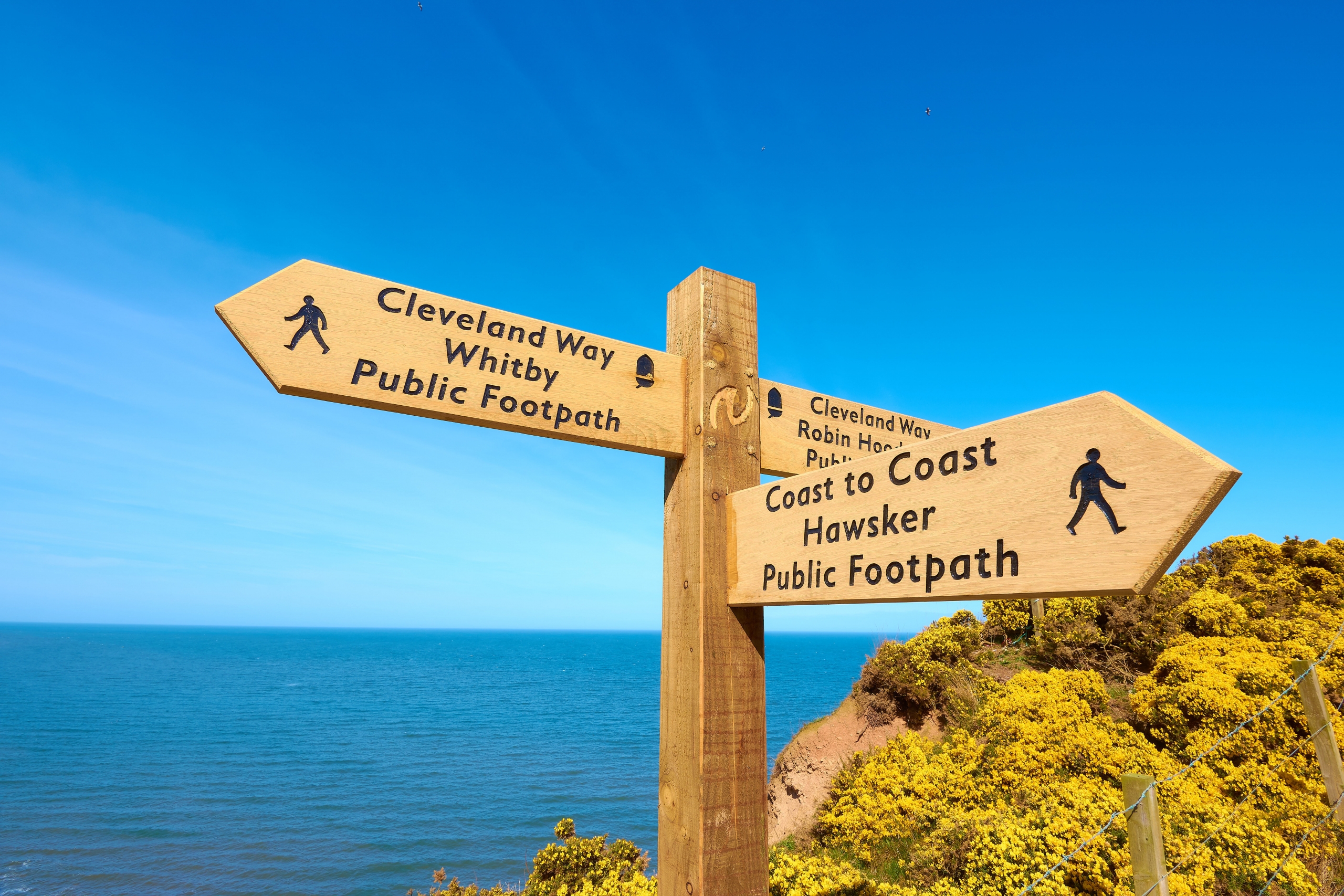 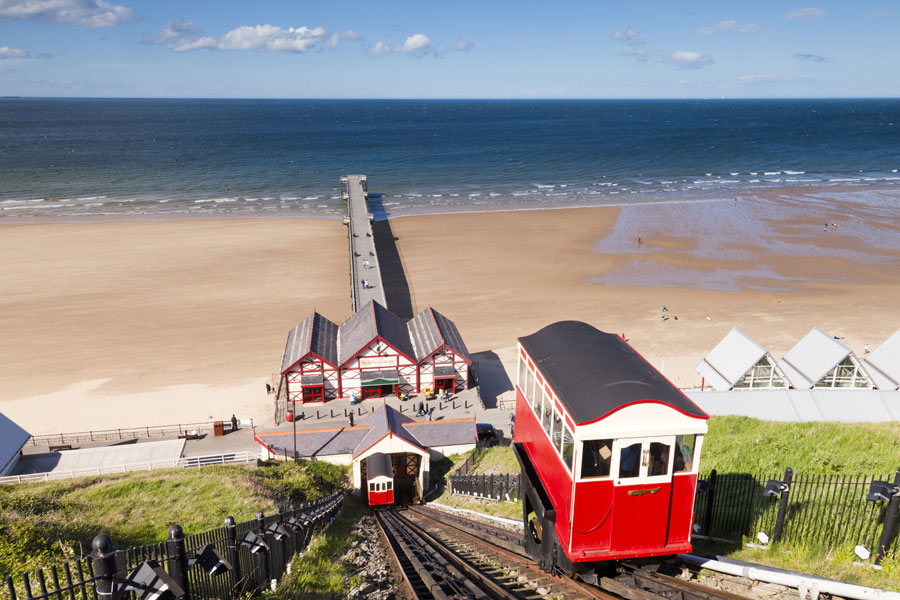 Running from Saltburn to Scalby Ness, near Scarborough, this 36 mile stretch of coast is also part of the Cleveland Way (which continues beyond Scarborough to Filey). Much of the coastline also lies within the North York Moors National Park, which gives it added protection. The bustling seaside town of Whitby, situated roughly at the mid-way point of the Heritage Coast, makes a good base. There’s a wealth of dramatic cliff scenery to be enjoyed, with added interest provided by the many visible reminders of the coastline’s industrial past. The northern half of the Heritage Coast – from Saltburn to Whitby – takes in the highest cliff on the east coast of England and a couple of very picturesque villages.

Wedged hidden between cliffs, its tiers of close-knit cottages intersected by narrow alleyways and steps, tumbling down towards the sea, is the picture postcard village of Staithes

From the Ship Inn at the eastern end of Saltburn it’s a quick climb up the hillside on to the cliff top. There’s a Heritage Coast stone marker here, with impressive cliff scenery as a backdrop to the east. The view westwards of the smoking chimneys of industrial Cleveland is rather less attractive! As elsewhere along this coast, the inland scenery is quite prairie-like in parts, in marked contrast to the vertical drama of the cliffs. The railway that runs close to the cliff edge path here used to link the ironstone mines in the area; today it is used by the nearby potash mine at Boulby and the steelworks at Skinningrove.

The cliff top path descends to the sandy beach of Cattersty Sands with Skinningrove beyond. Skinningrove was transformed from a small fishing village after the discovery of local ironstone. With its terraced housing (built to accommodate the miners), rather scruffy little fishermen’s huts and straggly allotments it’s not the most attractive of places, it has to be said, yet its unprettified, natural state has a certain appeal.

Back on the cliff top path it’s fine walking all the way to Staithes. A couple of miles beyond Skinningrove the boundary of the North York Moors National Park is crossed and stretching below you for the next mile or so are the extensive remains of the Loftus and Boulby Alum Quarries, which operated for over 200 years between the mid-17th and mid-19thcenturies. Above Rock Cliff you are standing on the highest point on the east coast of England, 666 ft (203 m) above sea level. The path soon loses height as it drops down to the hamlet of Boulby. Inland is the Boulby Potash Mine, Britain’s only source of potash.

The picture postcard village of Staithes

Wedged hidden between cliffs, its tiers of close-knit cottages intersected by narrow alleyways and steps, tumbling down towards the sea, is the picture postcard village of Staithes (also noted for its association with Captain Cook and the Staithes Group of Artists). A chance to grab some refreshment if you need it.

Marching on, the next place of interest is Port Mulgrave (looked down on from high up on the cliff top path), built to cater for the iron-ore boom, the ore being transported from the mines to the harbour via a mile-long tunnel which emerged from the cliff.

A mile or two beyond lies lovely Runswick  Bay and its pretty village of red-roofed cottages. On a sunny day it has an almost Mediterranean-like feel and, if you fancy braving a dip in the North Sea, the beach here is one of the best on the Yorkshire coast for doing so. For the record, I did – and in October too!

Back on the cliff top path (and, on that October day, duly grateful for the exertion of the climb to warm up again) the hamlet and point of Kettleness  (where alum was once mined) are soon passed. With the vegetation long gone and much of the point demolished, the landscape here looks quite volcanic.

Once round Kettleness, Whitby and its prominent piers and abbey ruins come into view. The walking continues along level terrain until Deepgrove Wyke where there’s a steep descent through trees. At the bottom the path rejoins the old railway track, which takes you past the spoil heaps of the former Sandsend Alum Quarries.

At Sandsend you can easily pick up a bus into Whitby, but if you’ve still energy and daylight and the tide is out, it’s a fine 3-mile beach walk to finish.

This article first appeared in The Great Outdoors (TGO) magazine in September 2005, and is re-published here with the author’s permission. Copyright © Fiona Barltrop 2005. All rights reserved.